Festival of Light and Life

Death is something that all human beings know will reach us sooner or later, but depending on our beliefs, customs or traditions is the meaning we give them; for some is the culmination of one existence and reincarnation in another; for others it is only the end of existence; but for the vast majority is the end of existence in mortality and the step for existence in another world, call it paradise, purgatory, hell or underworld

The babies who died went to the Chichihualcuauhco, in this place they were breastfed by a large tree 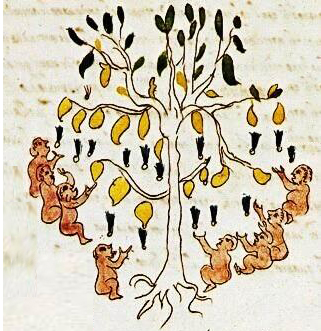 Those who died as a result of war or in the stone of sacrifices went to to Tonatiuhichan, it was paradise in Mexica mythology, let us remember that it was a warrior people; here souls lived with pleasure and delight; without ever feeling sadness, pain or disgust; women who died in the first birth were also given the degree of warrior, but they went to the Cihuatlampa, considered a paradise for women. The warriors accompanied Tonatiuh (the Sun) to the middle of the sky, and the women starting from noon were feasting in the sun, descending to the west, taking him on walks made of quetzals or rich feathers, which are called quetzalli apanecayoil; they went in front of him giving voices of joy and fighting, partying 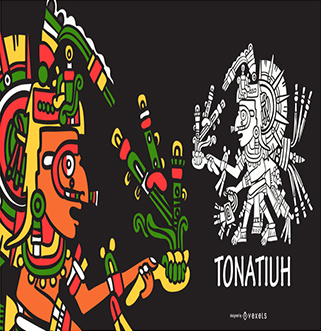 Those who died from death related to water, lightning and conditions such as hydrops, swellings or diseases such as leprosy, gout and herpes went to the Tlalocán 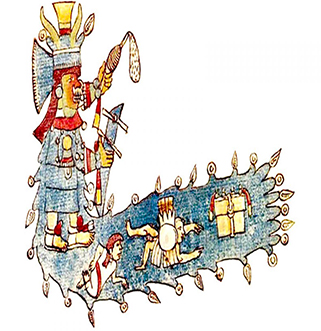 And finally, those who died of natural death or diseases that did not have a sacred character, went to the Mictlán, the "Land of the Dead", a kind of hell that they had to cross in order to be able to free themselves from a kind of soul and thus be able to rest; that's where most people came in without distinction of rank or riches; it took 4 years to cross 9 regions, which were full of obstacles, in the end they were greeted by Mictlantecuhtli and Mictlancíhuatl, the deities of the underworld, who announced the end of their sorrows

The underworlds to reach the Mictlán were:

Tépetl Monamicyan: Residence of the God Tepeyóllotl, god of mountains and echoes. Here the dead had to run between 2 huge hills that closed and opened sporadically and thus avoid being crushed

Itztépetl: Residence of The God Itztlacoliuhqui, God of obsidian, lord of punishment. Here was a steep hill covered with sharp obsidians that thwarted the dead as they climbed the place; having climbed and descended the hill, the region was divided into 2 sections with strong winds, indispensable for the dead to shed all their belongings such as clothing, jewellery, weapons and personal offal, winds so strong that they raised stones and could cut the corpses of the dead with multiple flint tips as they walk through it

Itzehecáyan: Residence of the God Mictlampehécatl, god of the North Wind. It is the first region of the Itzehecáyan complex, it was a snow-filled site, where sharp edges composed of eight hills threatened the dead

Pancuecuetlacáyan: It is the second region of the Itzehecáyan, "The place where people fly and turn like flags", it was a desert area composed of 8 moors of difficult movement, here there was no gravity and the dead were at the mercy of the winds, who came out, they returned them or carried them back and forth like flags, until they finally managed to get out of the path , was also the residence of the God Mictlampehécatl

Themiminoalóyan: It was a vast terrain where arrows lost in previous wars fell and souls had to dodge

Teyollocualóyan: Beasts, jaguars and a large lizard who sought to eat the hearts of the dead lived here; without this one, they would fall into the river

Apanohualoyan: Region where the Apanohuacalhuia River flowed, an aquatic mass of sewage where the already heartless dead were debated for a long time to leave, derailed and released his body

Chiconahualóyan or Mictlán: And finally his soul reached an area of fog where the dead could no longer see around him, they had to cross a vast valley full of nine deep rivers – the rivers of the nine states of consciousness – their state of exhaustion would provoke reflection of the decisions and movements of the dead man's story and connect with everything that happened to him in life , with all that surrounded him and so he could free his soul, the tonalli, achieving the long-awaited rest in the presence of Lord and Lady of Death Mictlantecuihtli and Mictecacíhuatl

If you have been able to imagine these different regions of the underworld as you read this story, how could you witness the way to the Mictlán?

We invite you to visit Chignahuapan, Puebla on November 1 and 2 and be part of the Festival of Light and Life where you will be represented by this beautiful story

The festivities begin in the Zocalo of the population with the March of Torches at 18:30 hrs where the inhabitants receive the souls and accompany them on the banks of the Chignahuapan River, there you can see the representation of the transit of the souls to reach the Mictlán

Remember to bring warm clothes, some raincoats and money so you can take advantage of your stay and buy many spheres!!!