The human being has always wanted to capture and record the world around us, and an example of this are social networks, which are part of the life of most of the inhabitants of this planet, in it we capture through photographs (mainly) the coming and going of our day, but you have started to think about how photography came about The word Photography comes from the Greek words phos (light) and grafis (drawing / writing), so it is said to be the art of writing or painting with light; Its origin and evolution requires two independent techniques that together give rise to photography, these techniques are the capture of the image (of the light reflected by objects) and fixation by different means to achieve a permanent record. 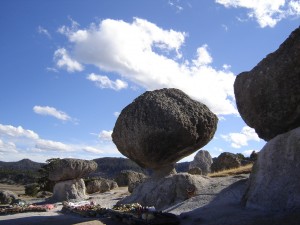 It all started with Aristotle (fourth century BC) who was the first to discover that when making a small hole in a wall of a dark room a light beam drew on the opposite wall the inverted image of the outside, so he created a closed box with a hole and thus could capture the images of the eclipses he observed.

Leonardo Da Vinci (fifteenth century AD) rediscovered the operation of the dark box and added a convergent lens that allowed him to enlarge the hole and obtain brighter and sharper images, thus giving it a practical use, since he used it as a support in his pictorial works, especially to solve the problem of perspective, so he was credited with the discovery of the dark box. 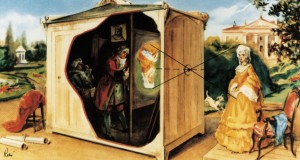 In the eighteenth century the dark box is placed a mirror at 45 ° to obtain the image on a horizontal surface; in 1816 Nicéphore Niépce managed to fix the images on a paper impregnated with silver chloride, 8 hours of exposure were needed and the images were easily lost. 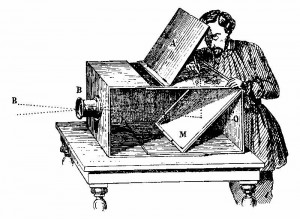 Later in 1829, Niépce is associated with Louis Daguerre and they manage to fix on a metal plate a positive and lasting image thus giving rise to the daguerreotype; in 1843 the Daguerreotypes were evolving as they became lighter, the lenses were perfected and the performance of light-sensitive materials was improved, so their price was reduced. 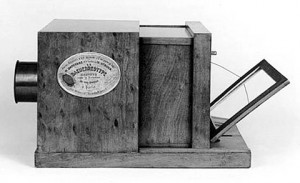 In 1841 William Fox Talbot invented the calotype that consisted of recording an image on a paper coated with silver nitrate which then had to be developed to obtain the image, it was of lower quality than the daguerreotype, but with the convenience of obtaining the image on paper and making the necessary copies from the negatives. 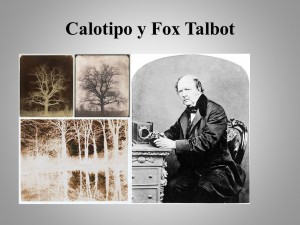 In 1884 the photographic roll was invented which contained 24 exposures, in 1888 a camera with 100 exposures was marketed which was called Kodak, it was sent to a laboratory for development and returned to the user again loaded with a roll of 100 exposures. 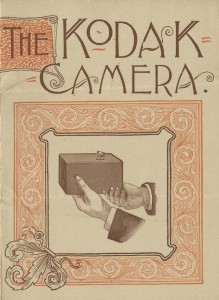 In 1893 Thomas Alva Edison invents the 35 mm perforated roll which was used until the appearance of digital cameras; In 1935 and 1936 color films appeared.

In 1947 Erwin Land invented the polaroid procedure which consisted of instantaneous development directly from the camera. 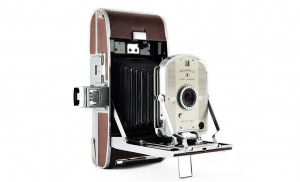 In 1975 Steve Sasson manufactures the first digital camera without film, weighed more than 4 kg and took 23 seconds to process and record on a cassette tape a black and white photo of 0.01 megapixels.

In 1989 Fujifilm manufactures the first digital camera available for commercialization that has a resolution of 0.4 megapixels and stores files on interchangeable cards. 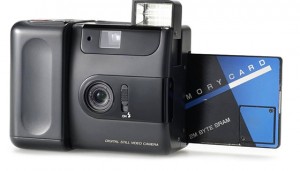 As technology has advanced, so have photographic equipment; The implantation of cameras in other electronic devices such as computers and telephones, have contributed to the expansion of digital photography and its massive use. 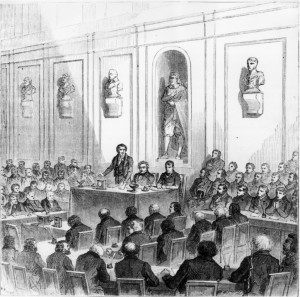 We invite you to share with us a photograph of your trips, moments and favorite places, take out the photographer that we all have inside and remember:

"The most beautiful photographs are those that generate memories for you. Even if you haven't lived it yet" Hersson Piratoba. 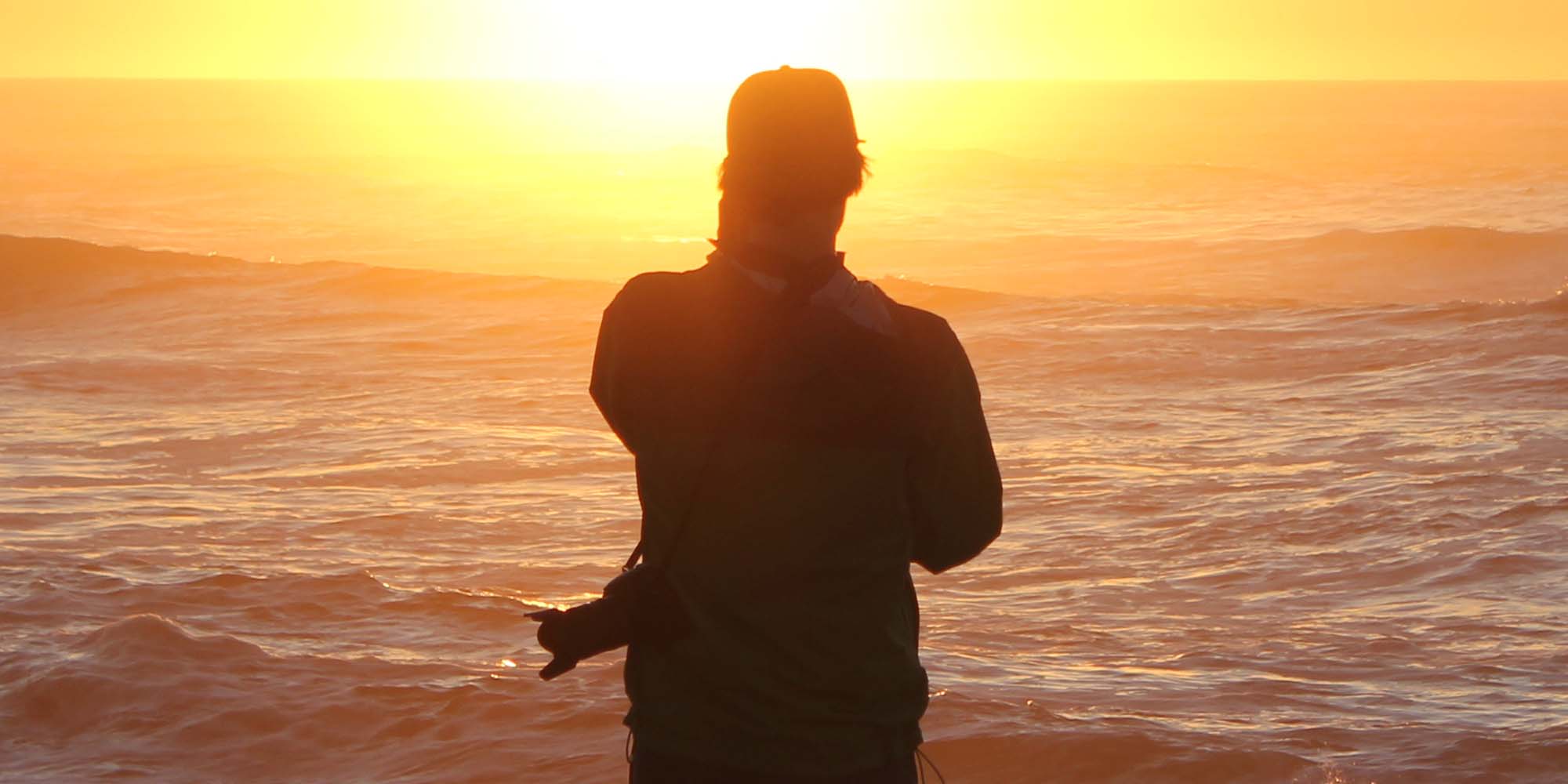